These Triple Chocolate Mini Brownies are sinfully delightful with their robust chocolate taste and the buttery saltiness of the toasted pecans. This is a magical combination!
Recipe Print Share

These Triple Chocolate Mini Brownies are sinfully delightful with their robust chocolate taste and the buttery saltiness of the toasted pecans. This is a magical combination! If you enjoy making these mini treats, why not try my Mini Banana Bread Loaves and Mini Honey Cornbread Loaves for a tiny treat fest! 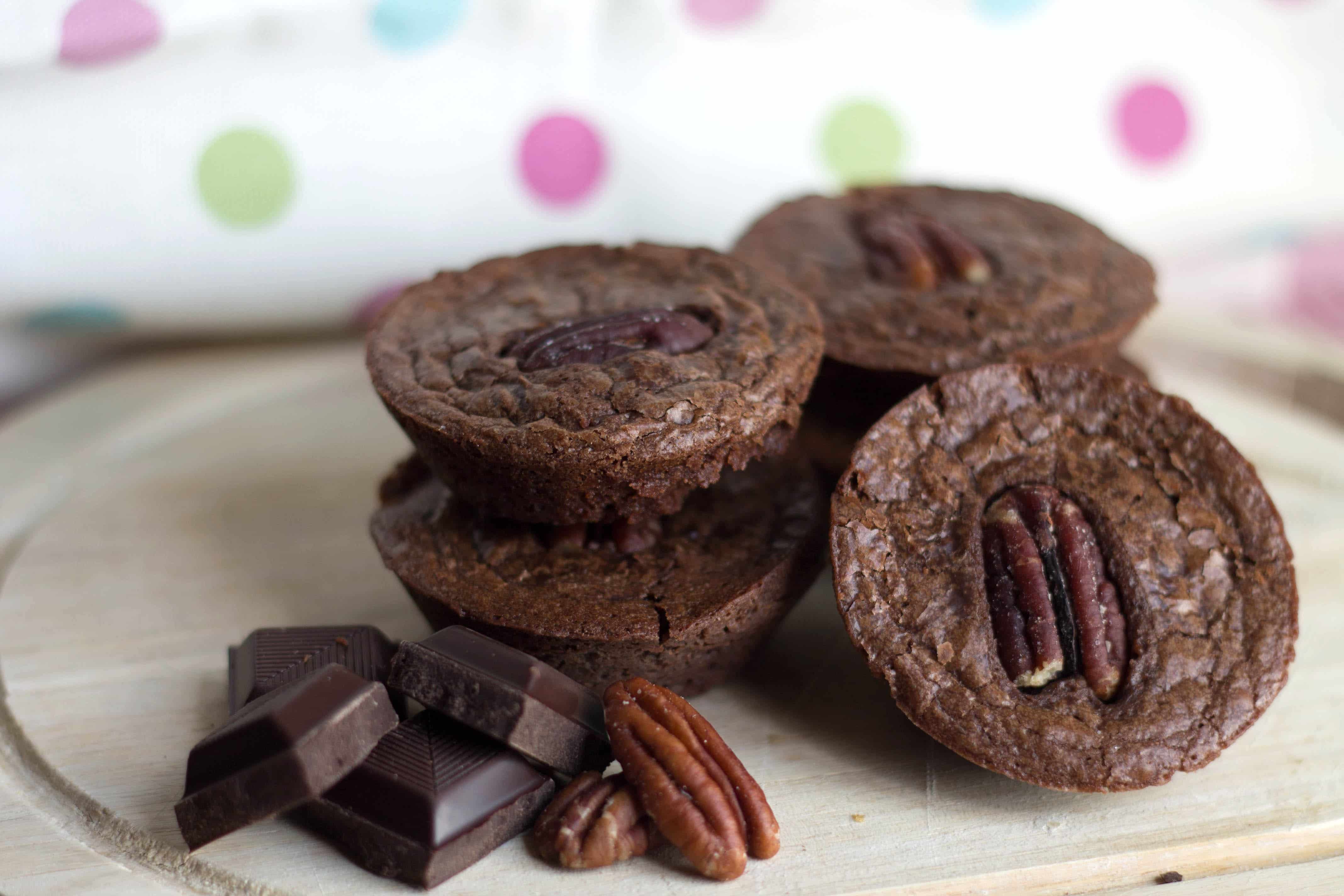 I created this mini version of my Triple Chocolate Brownies for a post I’ve done for Becky at The Cookie Rookie.  She’s away on her honeymoon and asked me to fill in for her with a guest post. She’s one of my favorite food bloggers so I was really honored that she wanted me to do a post for her site!

There are few things in the world that taste better than a brownie.  Sweet, rich and indulgent, it’s one of my absolute favorite treats!  But brownies and I don’t always get along.

I have a long history of brownie disasters.  I have been trying to master my own creation of the perfect chocolate brownie for a really long time.  Until now, every time I have made them, they have tasted great, but just weren’t quite right – too squidgy (is that a word?), too soft, too cakey – I can go on and on!

So with this recipe, I finally mastered the brownie!  I was setting up to make a batch to share with you when my son suggested I make them in a tartlet pan. I have to admit, I was a bit nervous (considering my history with brownies)!

Messing with the recipe I finally got right just didn’t sit well with me, but who can say no to a six-year-old with the best smile on earth?

Making them couldn’t be easier – it’s all done in one pot! 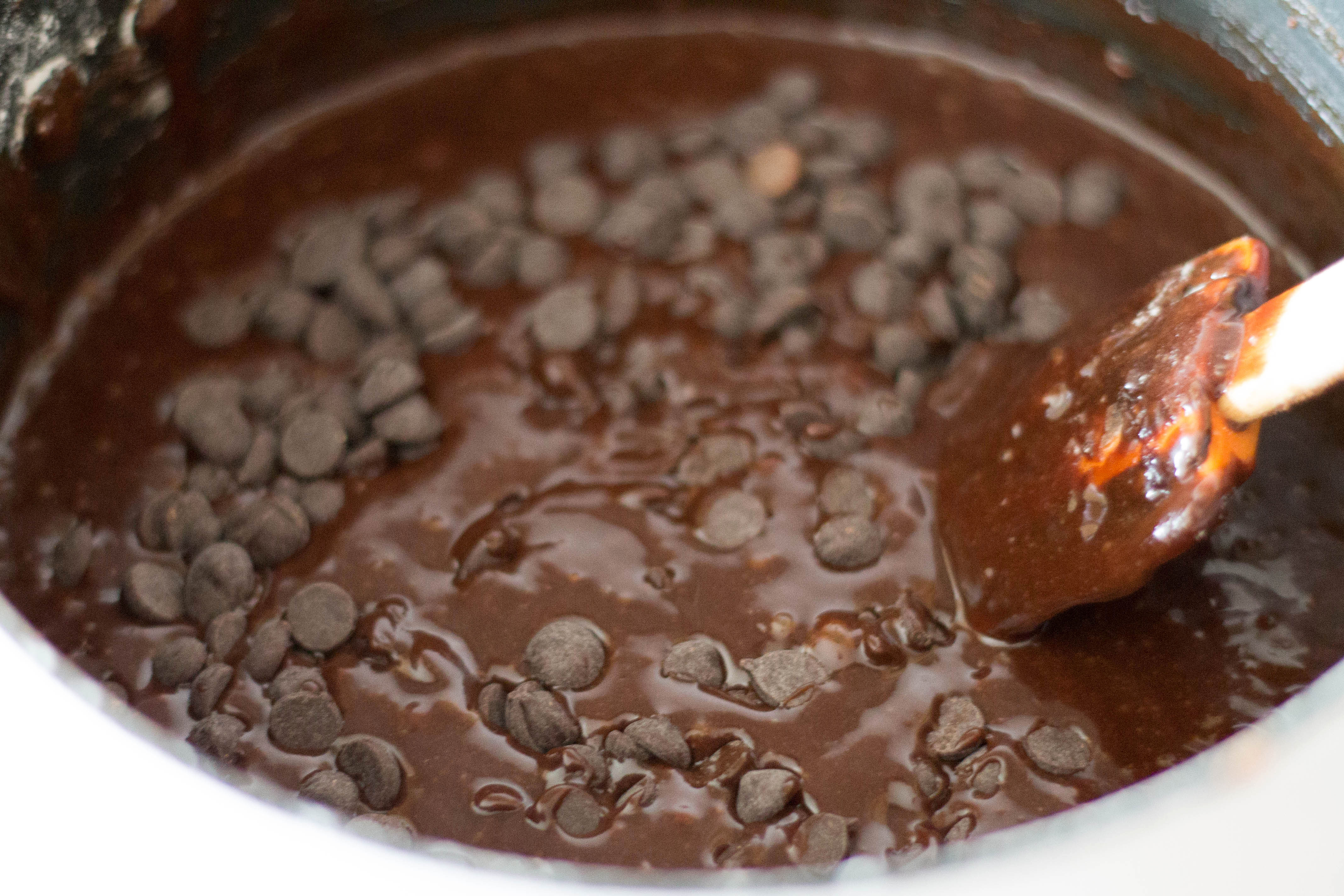 Using an ice cream scoop, add the mixture to the pan and top each one with a pecan. 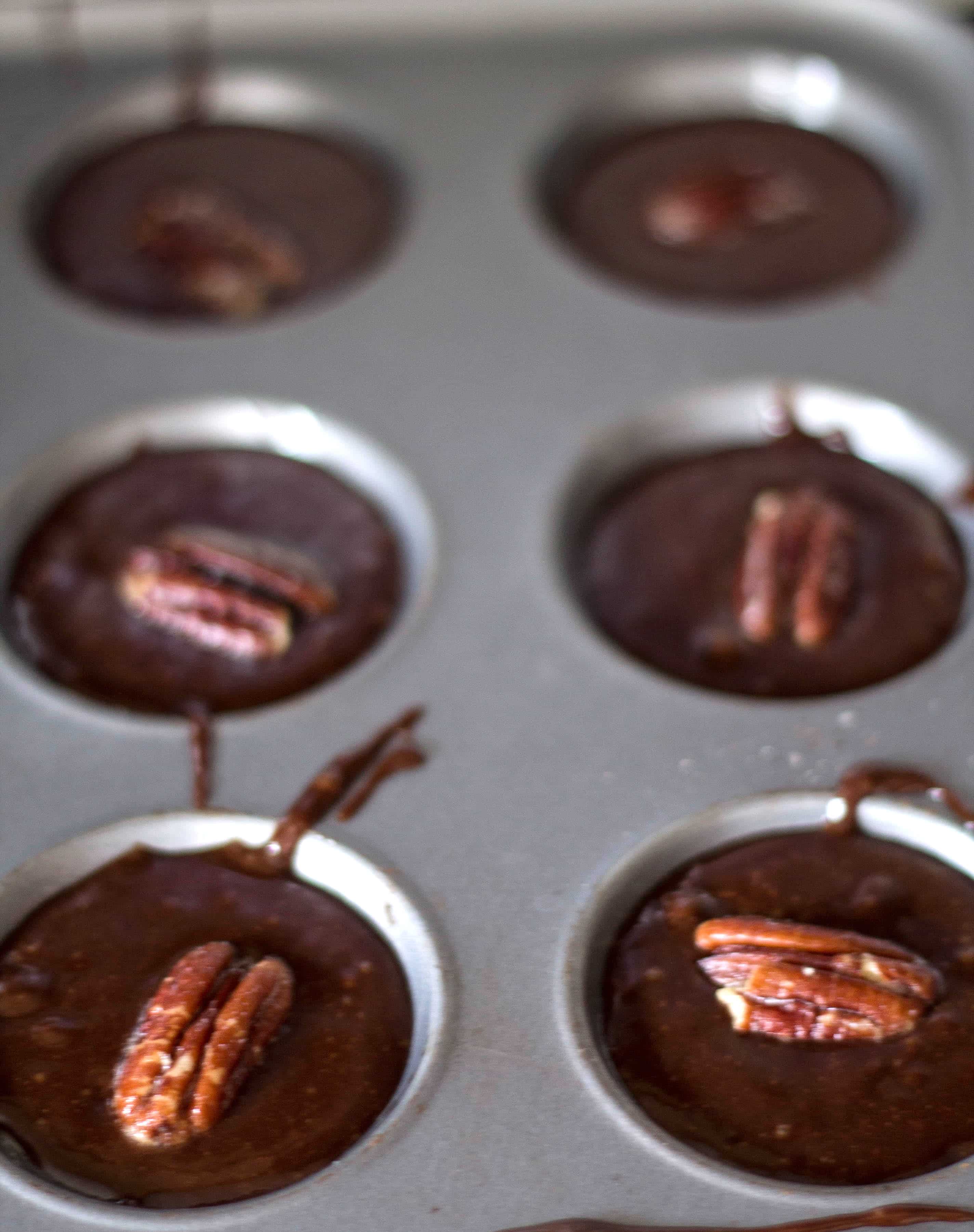 Let your helper lick the spoon. 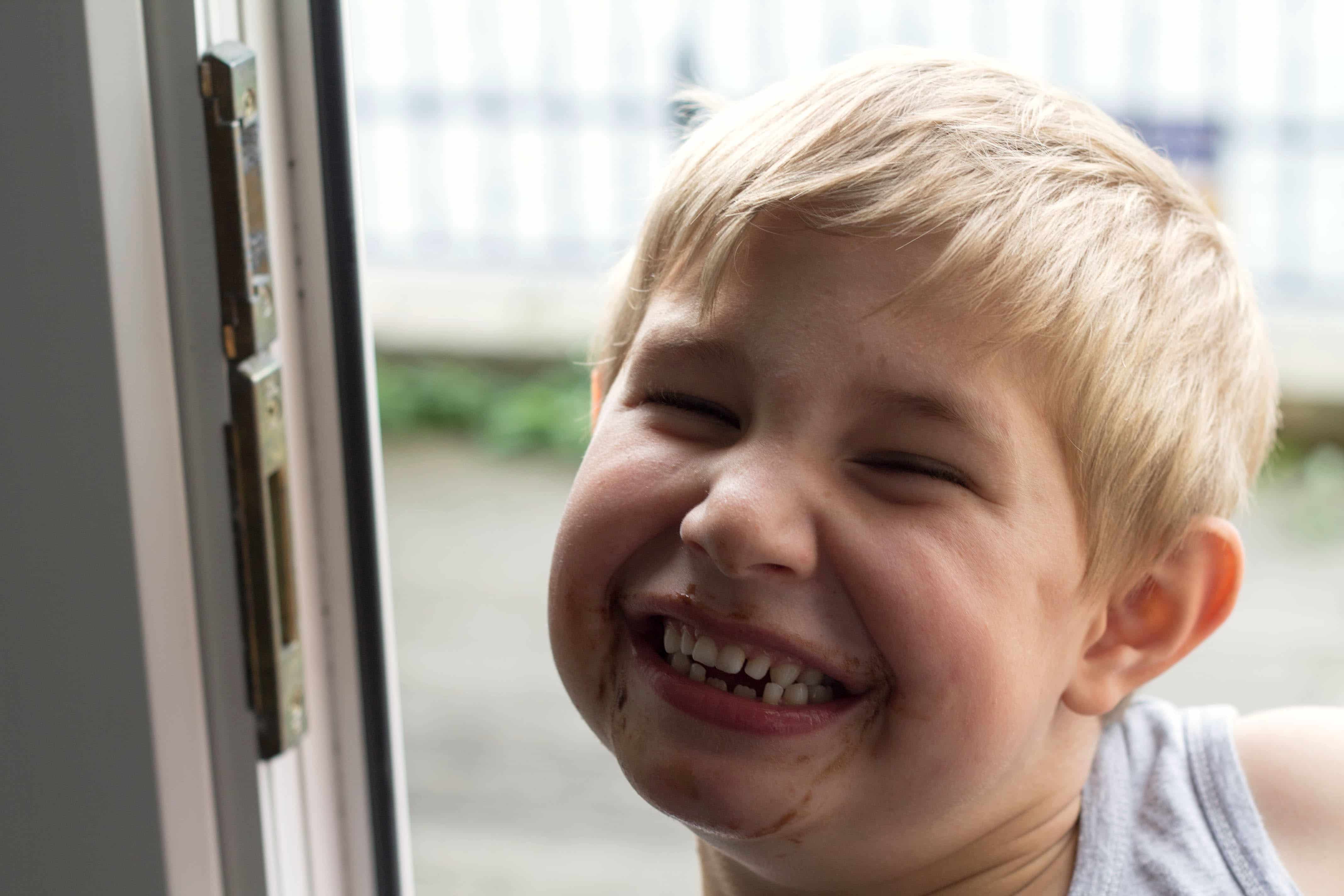 Bake and try not to devour them straight from the oven! 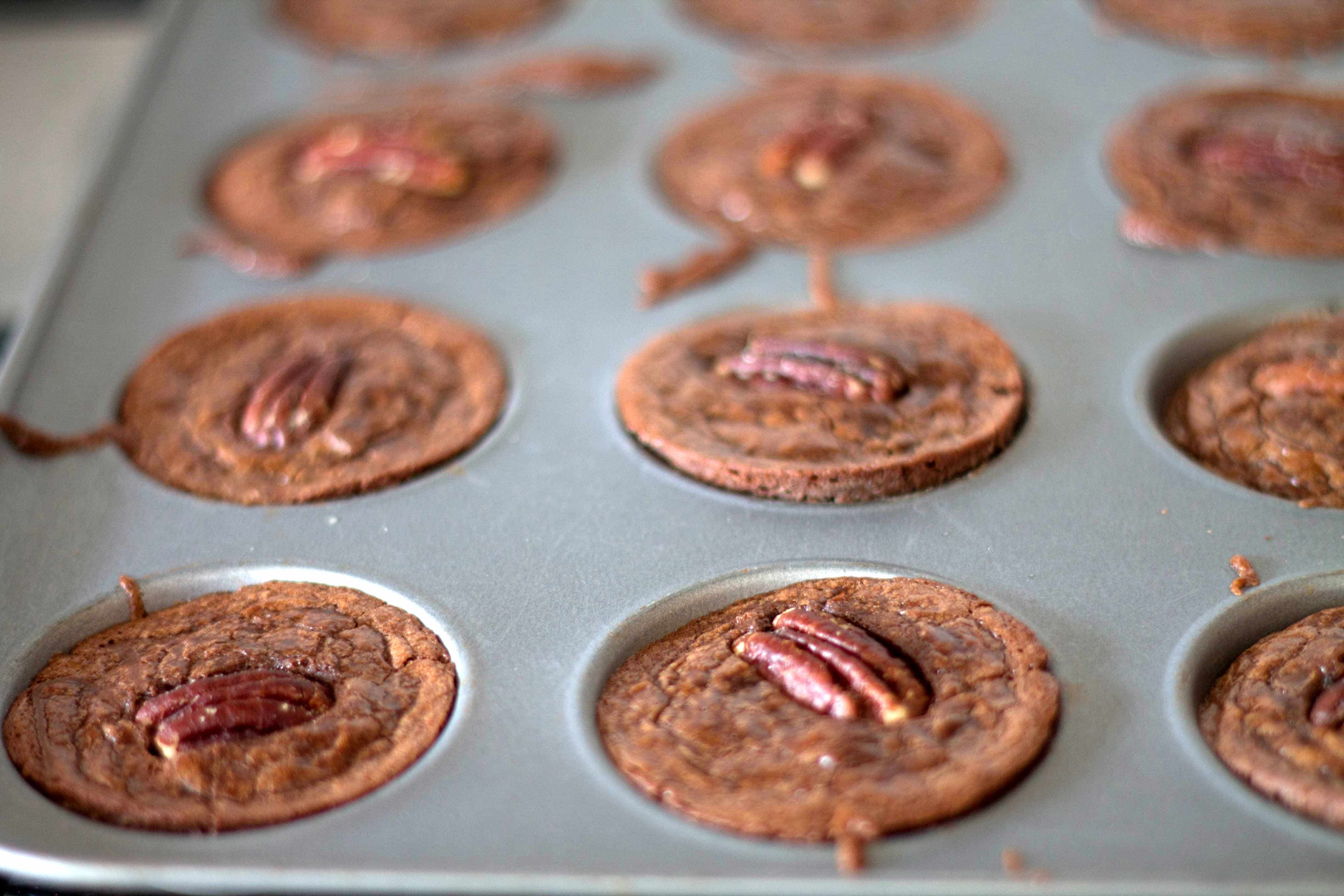 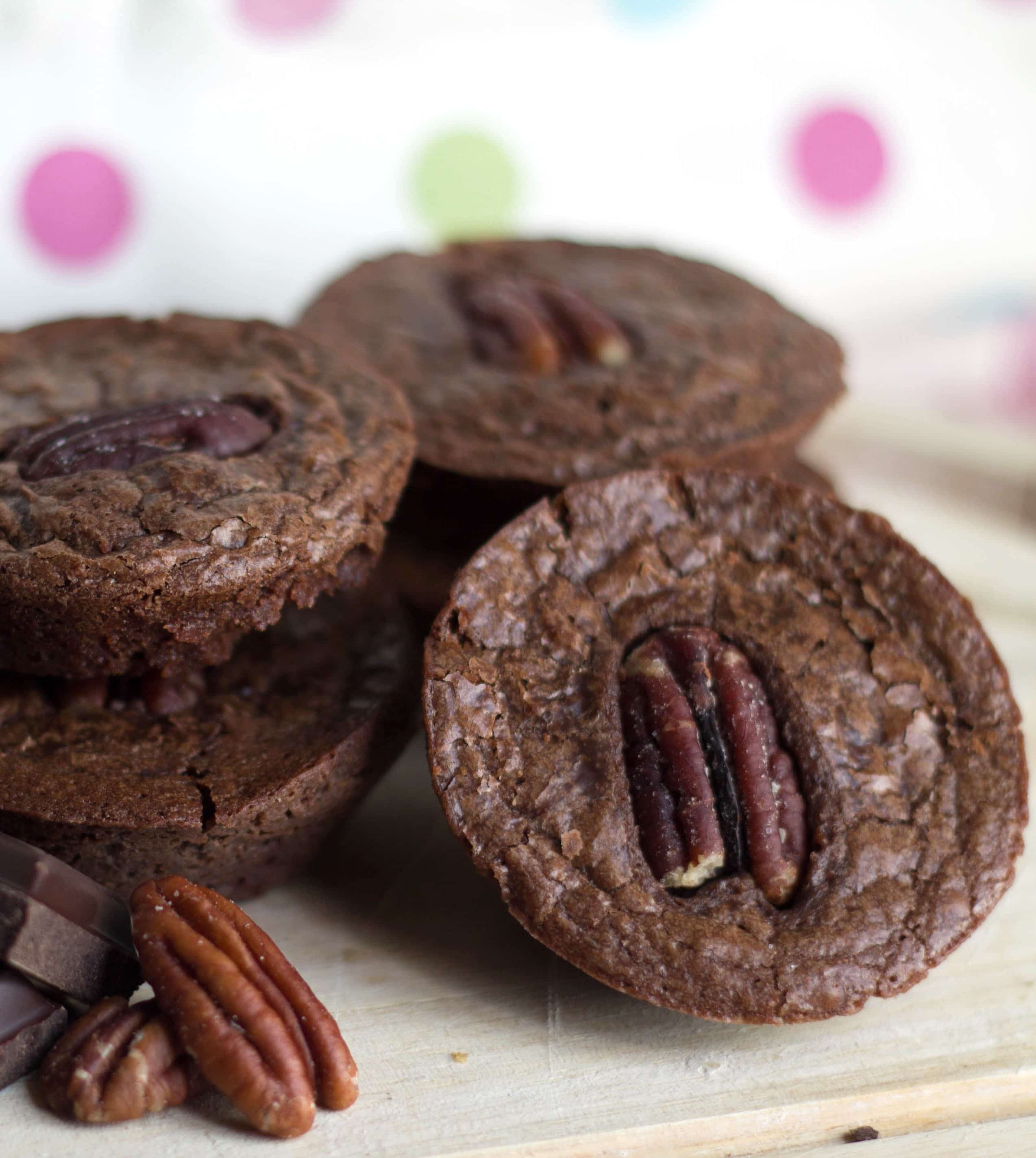 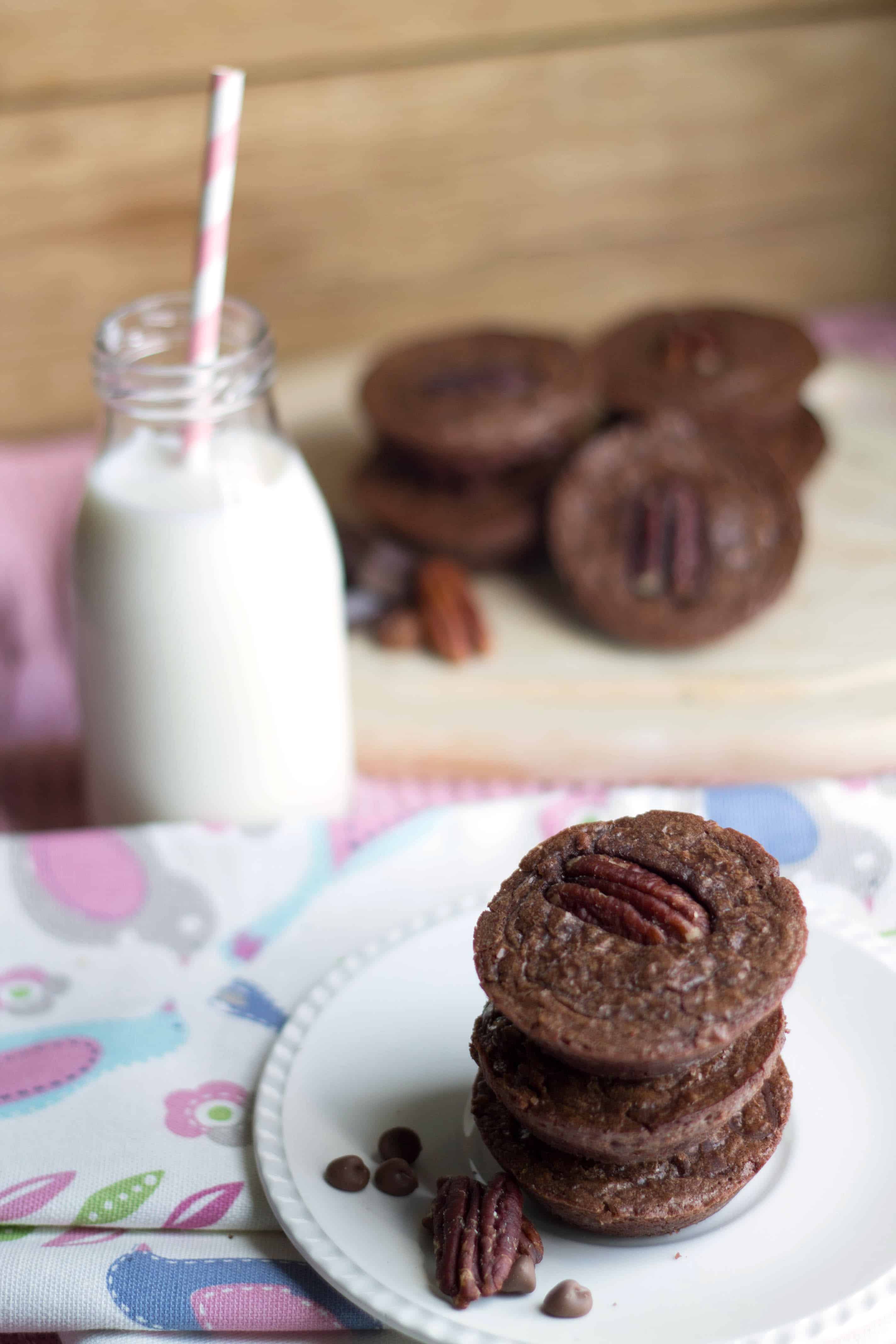 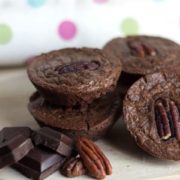 These Triple Chocolate Mini Brownies are sinfully delightful with their robust chocolate taste and the buttery saltiness of the toasted pecans. This is a magical combination!
5 from 1 vote
Prep10 minutes
Cook20 minutes
Total30 minutes
Serves: 24
Print Rate Share

For the salt-roasted pecans:

END_OF_DOCUMENT_TOKEN_TO_BE_REPLACED 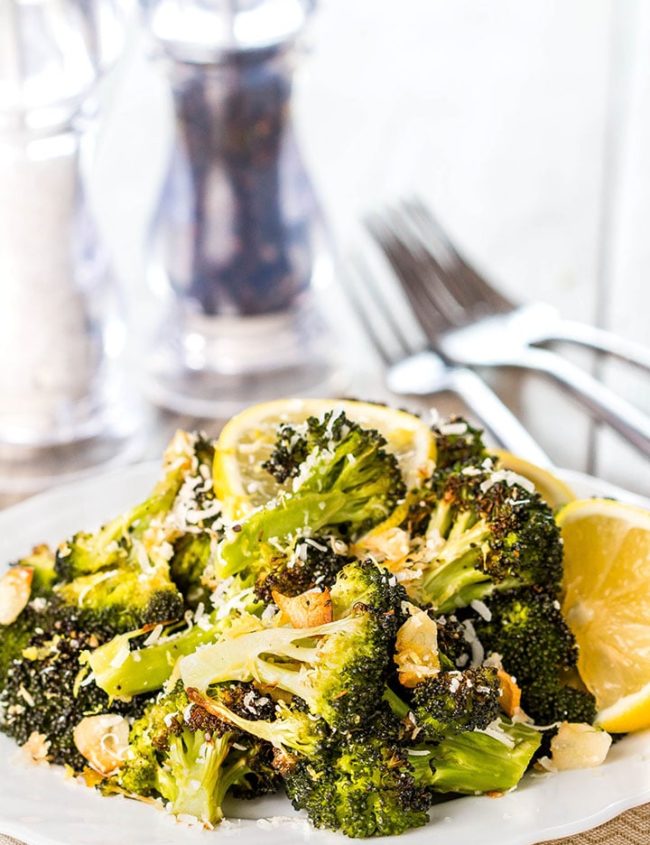 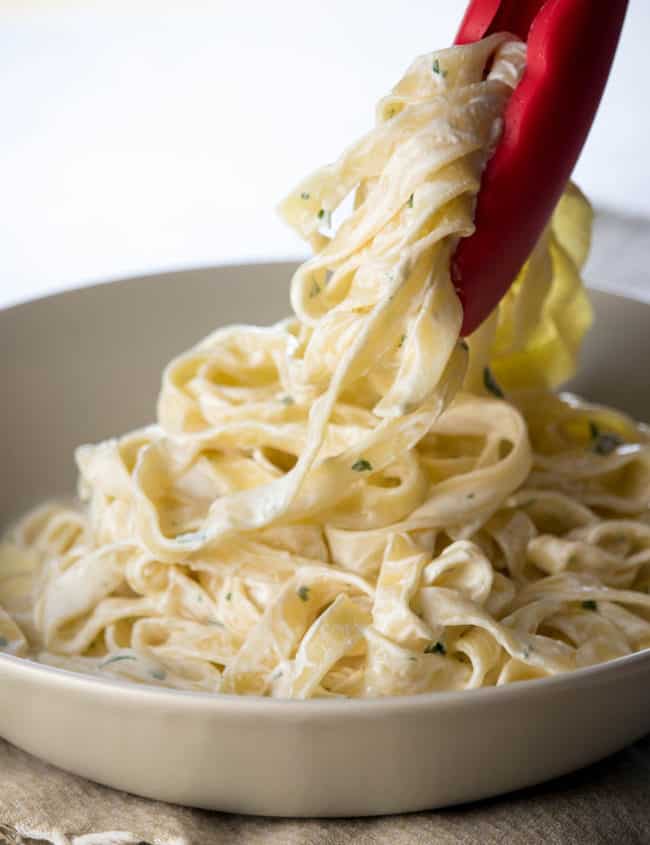 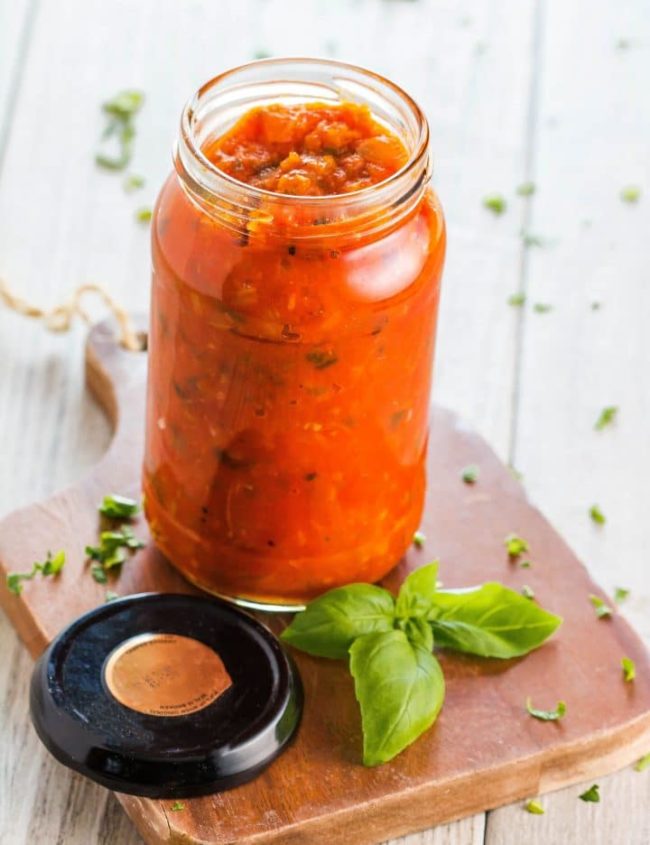 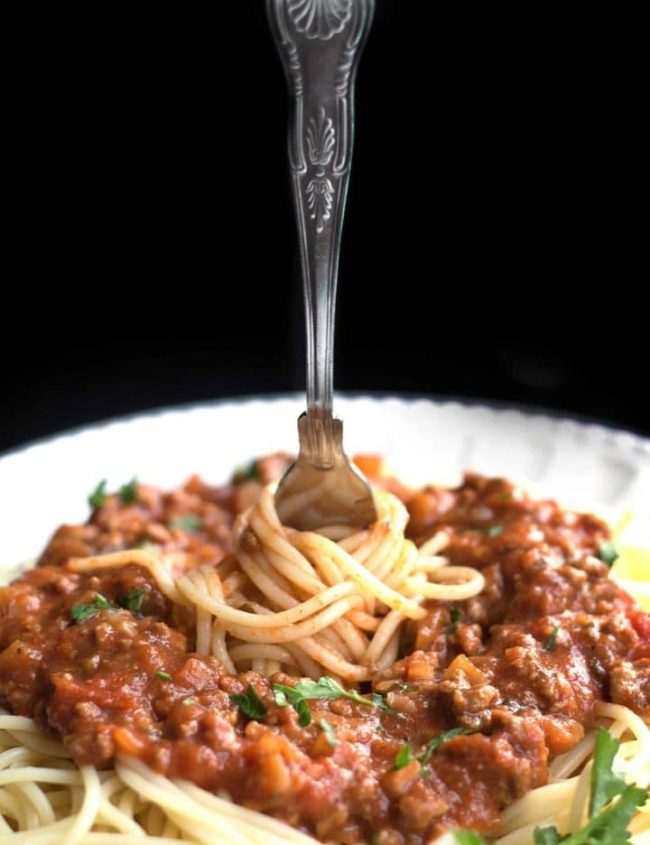 Grab a cup of coffee and visit while Erren shares stories from life outside the kitchen.
5Kshares