This amazing banana cake is made even better with the addition of chocolate fudge frosting. What's not to like?
Recipe Print Share

Just one look at this recipe for Banana Spice Cake with Chocolate Fudge Frosting is enough to know that this dessert won’t stay around for long! 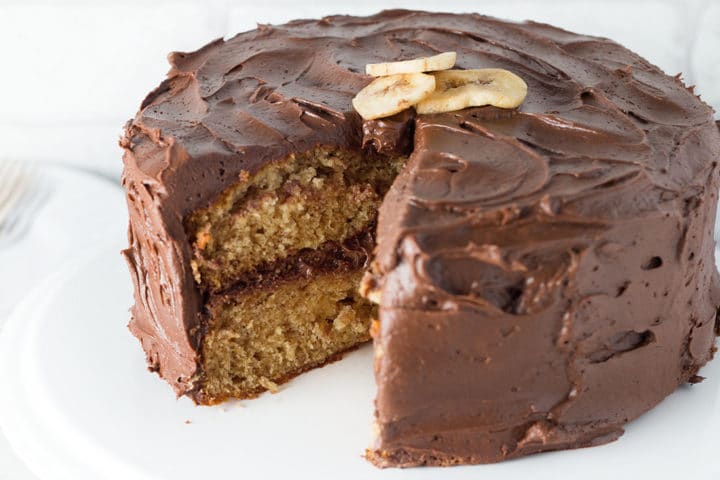 The secret ingredient in this cake is sweetened condensed milk which makes it a moist, dense cake with just the right balance of sweetness. 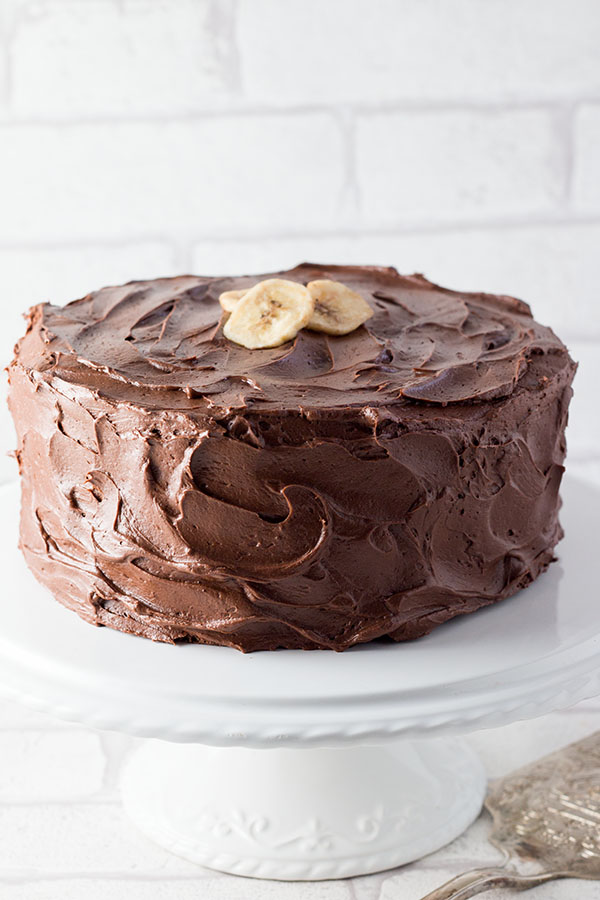 I do not like to waste food so this week I baked not one but two banana cake recipes (the second will be posted in a couple of weeks) using up six bananas that didn’t end up in the bin – Yay me! 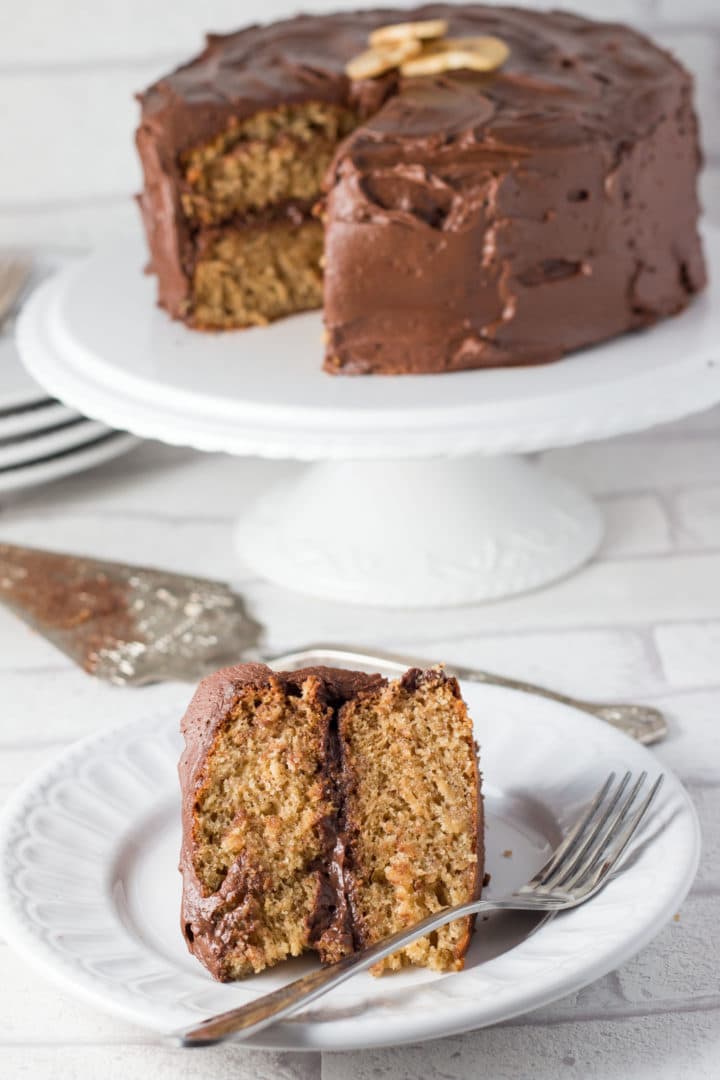 I had planned to make this recipe using buttermilk, but when I went to grab it from the fridge, I realized I was all out.  I went straight to Google to see what substitutes there were and came across one result that said you can use evaporated milk and vinegar.

I didn’t have evaporated milk, but I did have sweetened condensed milk so, with a few adjustments to my recipe, I was well on my way.  I decided on a spice cake because I love spice cake and because I thought it would go really well with the banana and chocolate combination. Let me tell you – I was not wrong!

The condensed milk makes a fantastic cake.  I can’t tell you how impressed I was with the result!  It was super moist and with the banana, it gave a lovely texture and structure without making it soggy and too heavy (which happens a lot with banana cake).  The other thing is that the cake lasted a good few days without drying out.

Both my husband and son went wild for this cake (and my son thinks he doesn’t even like bananas) and I have to admit, I cheated on my diet multiple times to have another taste of this fantastic cake!

This amazing banana cake is made even better with the addition of chocolate fudge frosting. What's not to like?
5 from 1 vote
Prep15 minutes
Cook35 minutes
Total50 minutes
Serves: 10
Print Rate Share

END_OF_DOCUMENT_TOKEN_TO_BE_REPLACED

Grab a cup of coffee and visit while Erren shares stories from life outside the kitchen.
938shares