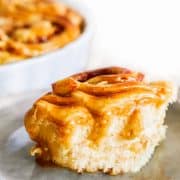 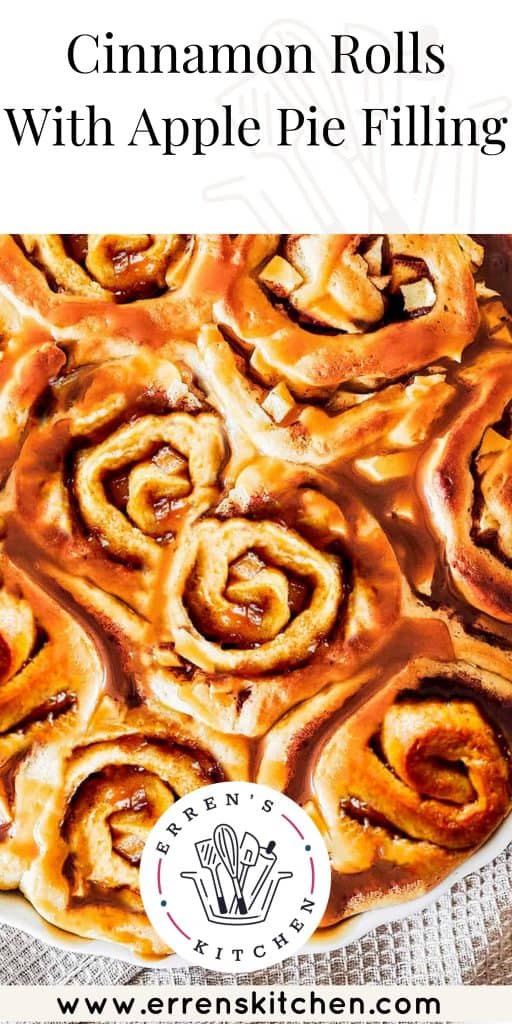 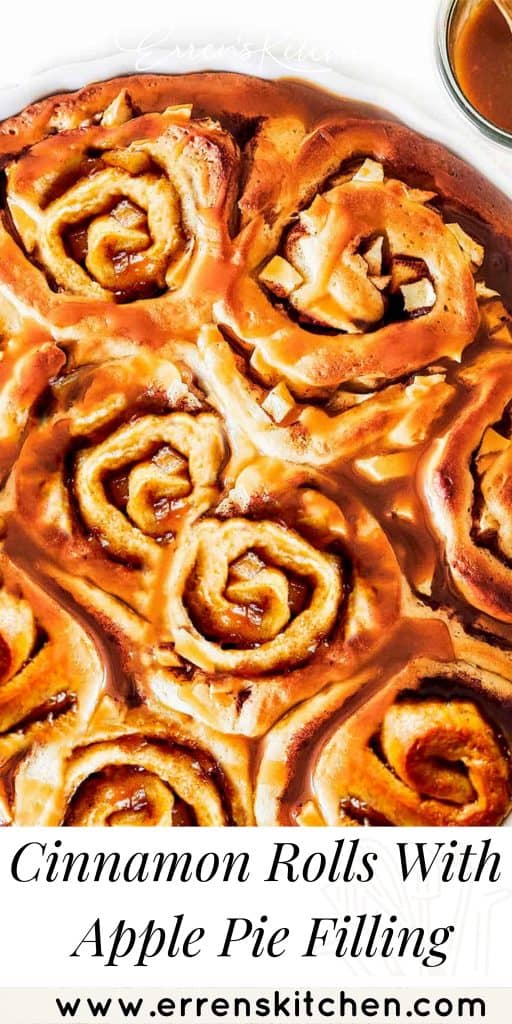 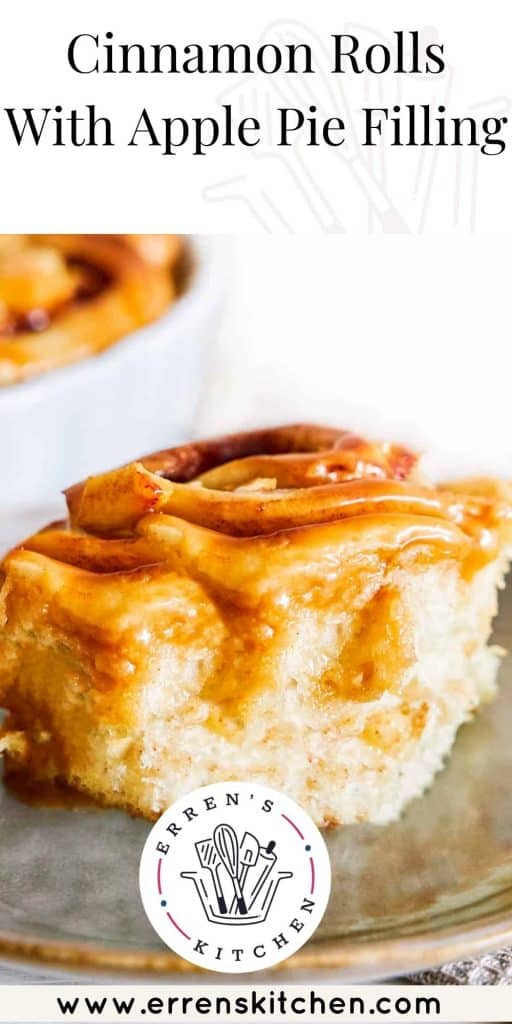 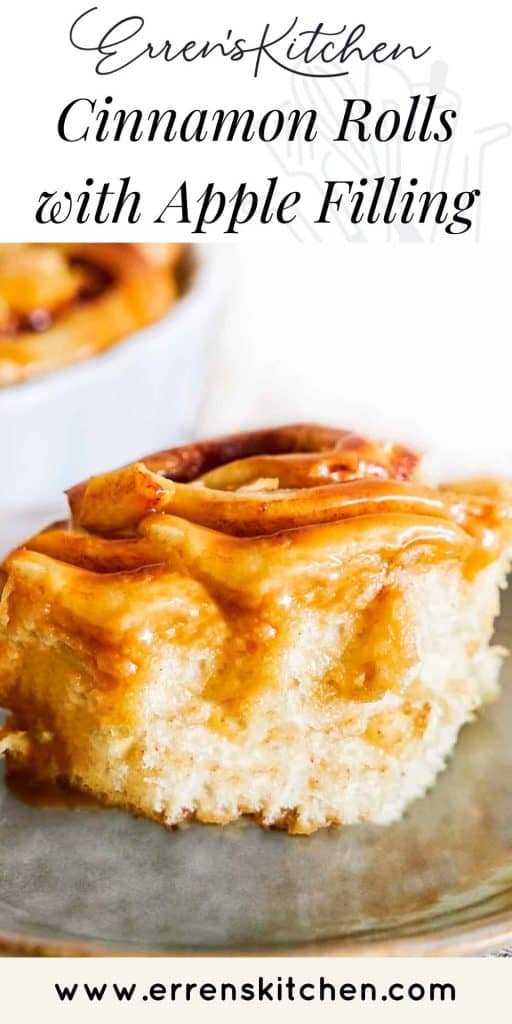 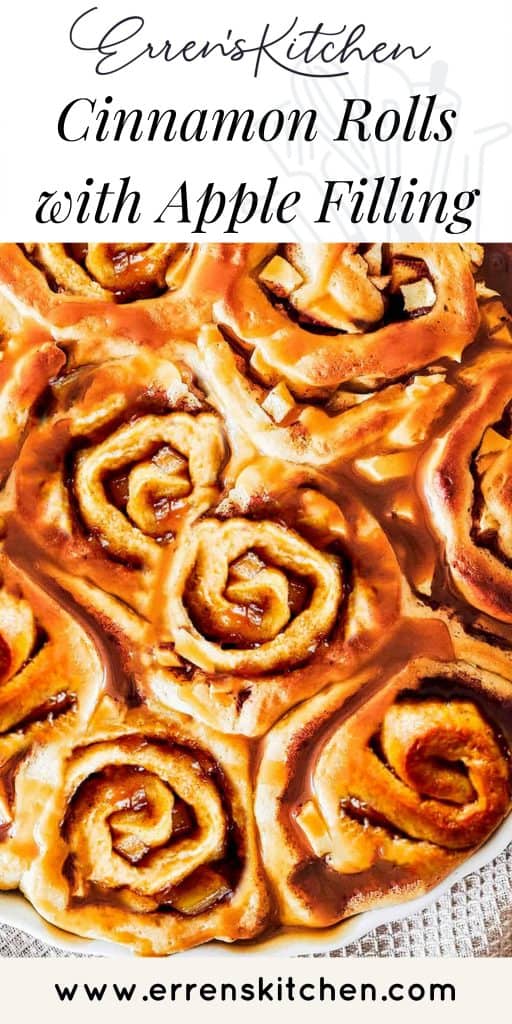 Up your breakfast game with these fabulous Cinnamon Rolls with Apple Pie Filling. The perfect home baked treat for any morning.

There really is nothing better than a warm cinnamon roll in the morning, homemade cinnamon rolls are always better than store bought. With the weather getting cooler and fall in full force it occurred to me how amazing it would be to add fall flavors to these breakfast treats.

Here is my Cinnamon Rolls With Apple Pie Filling, these delectable buns are stuffed full of apple flavor then topped off with the most amazing caramel glaze. This will be your new favorite breakfast bun, guaranteed!

If you love these breakfast rolls why not try my Homemade Cinnamon Rolls or Classic Sticky Buns.

How To Make Cinnamon Rolls With Apple Pie Filling

Add flour and form a dough.

Knead the dough, allow to rise and roll.

Tips For Using A Mixer

Roll the dough into a rectangle.

Sprinkle the sugar and cinnamon onto the dough.

Place the chopped apple over the cinnamon sugar coated dough.

Roll and slice into rounds.

Bake and drizzle with caramel glaze for more information on making it see my post for Caramel Icing Glaze.

Make ahead and Freezing Instructions ❄

To make ahead: Prepare the buns as directed. Then after cutting the rolls and placing them in the pan, cover the pan and put it in the fridge for up to 12 hours (instead of letting them rise a second time).

When ready to use, take the buns from the fridge and place them in a cold oven. Set the oven temperature and bake for 40 to 45 minutes. By the time the oven gets to baking temperature, the buns will have their second rise.

To Store: Keep these buns in an airtight container at room temperature for up to two days.

To freeze: these cinnamon buns, do so without the glaze in a freezer-safe container for up to three months. Defrost in the fridge overnight and warm in the oven to serve.

Should you cook apple pie filling before baking?

There is no need to pre cook the apple in this cinnamon bun with apple pie filling recipe.

What’s the difference between cinnamon rolls and cinnamon buns?

There really isn’t a difference between cinnamon rolls and cinnamon buns, some believe it’s whether they’re frosted or glazed. They still taste good whatever they’re called, don’t they?

Prevent your screen from going dark