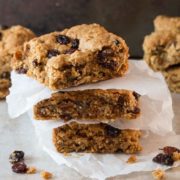 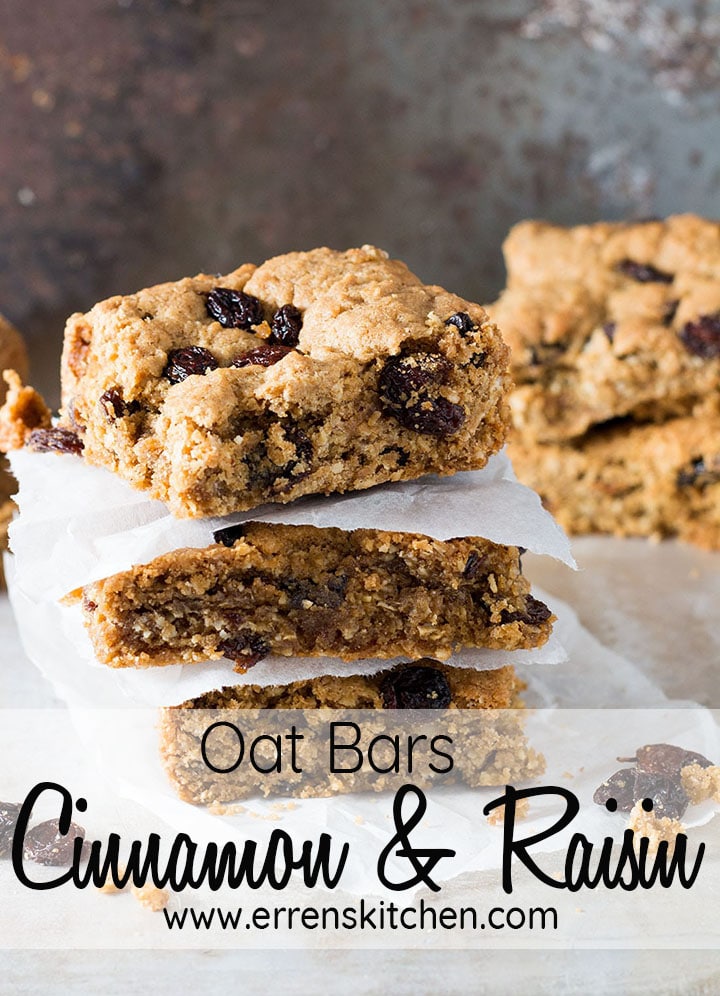 This delightful recipe for Cinnamon Raisin Oat Bars makes an oatmeal cookie bar that’s crisp on the outside with a buttery soft center. 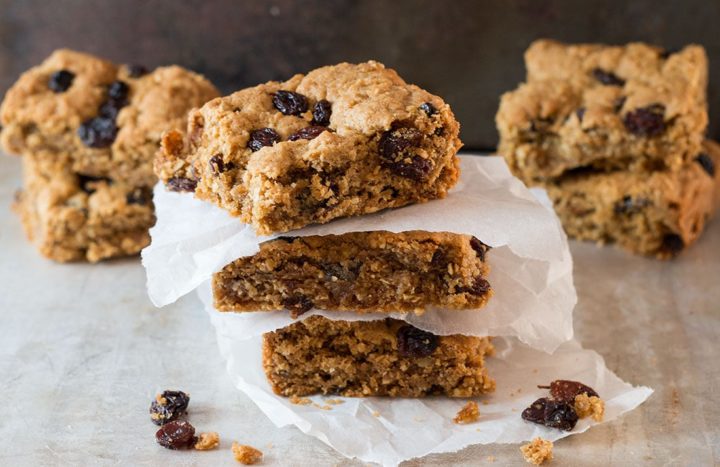 Best served warm, these Cinnamon Raisin Oat Bars are an amazing treat for dessert or even just a snack.

I made these for the first time over Christmas.  Busy with the holidays, I never got a chance to take photos before they were gone (and boy, did they go fast). I usually make the more usual Chocolate Chip Oatmeal Cookie Bars, but these proved to be a huge hit with my husbands’ family, so I decided to make them again to share with all of you.

My hairdresser, Ryan comes to my house to cut my hair.  He arrived yesterday when these just came out of the oven.

The house was full of the scent of the buttery cinnamon.  It’s rare that leaves an appointment and doesn’t get a treat to take with him when he leaves so he noticed them right away and was quite pleased when I told him he could take some home.

It was still warm when I cut it to wrap for him before walking him out.  When I went back to the kitchen there was a small piece that had broken off.  I popped it in my mouth and actually said (out loud alone in my kitchen), ‘Holy — That’s good!’

When I made them at Christmas, I never tried them warm, and let me tell you – they were even better than before!

A little while later, Ryan texted me saying: ‘OMG —ing delicious!  Dangerously delicious!  I may text you later (to come back for more) unless my guilt kicks in and says no!’  He too had tried them warm and he too swore in his reaction.

I think if a recipe is so fantastic, it makes you swear (in a positive way) when you try it – it’s a pretty good indication that it’s a winner! My advice – even though they are great cooled – try them warm! 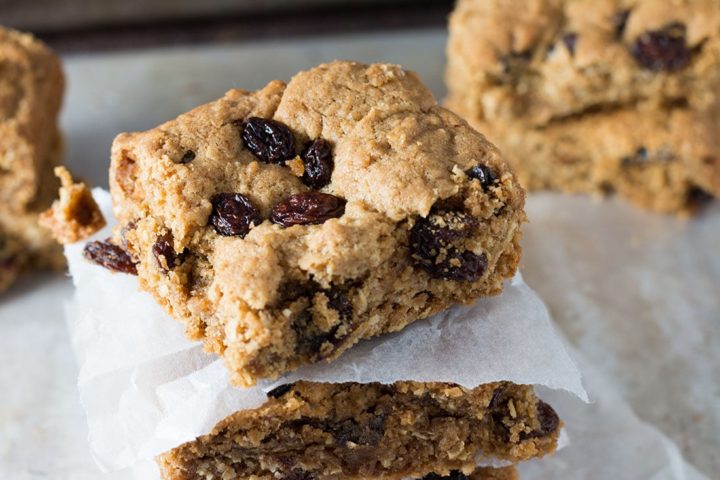 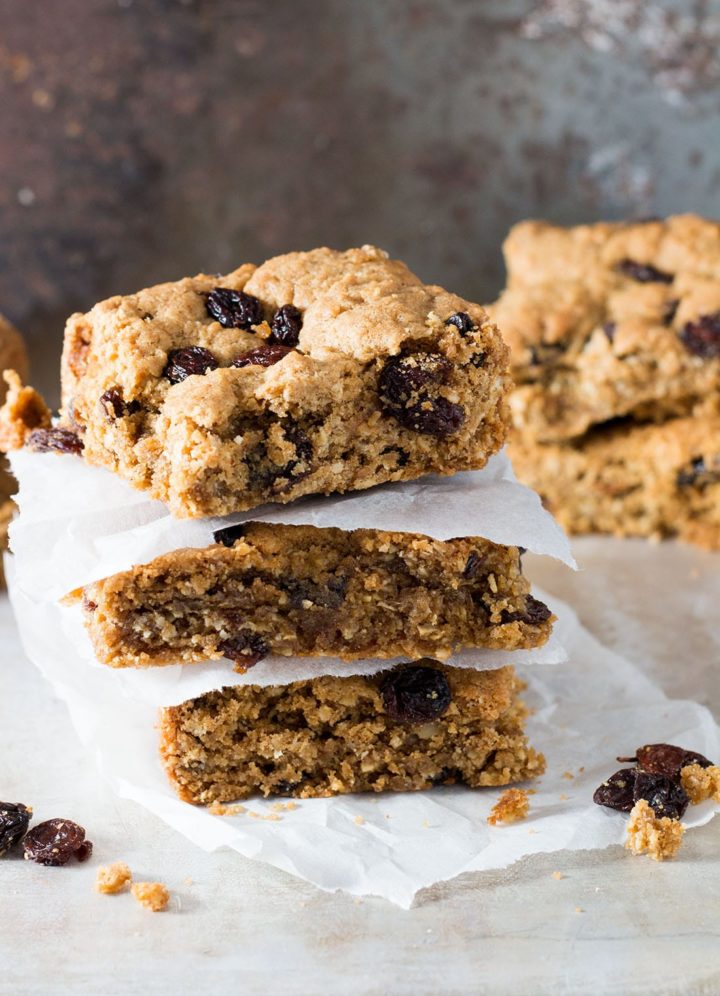 END_OF_DOCUMENT_TOKEN_TO_BE_REPLACED

Grab a cup of coffee and visit while Erren shares stories from life outside the kitchen.
768 shares