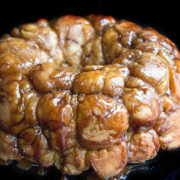 Think you don't have time to make homemade, oven-warm batch of monkey bread?  Think again! With this method, you can make Monkey Bread from scratch in an hour!
Recipe Print Share 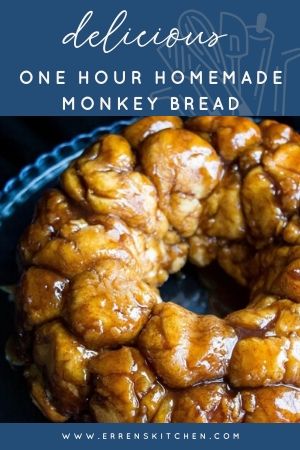 One Hour Homemade Monkey Bread – With this recipe, you can have homemade Monkey bread made from scratch in no time!  Oozing with it’s warm, sweet sauce, it’s simply irresistible. 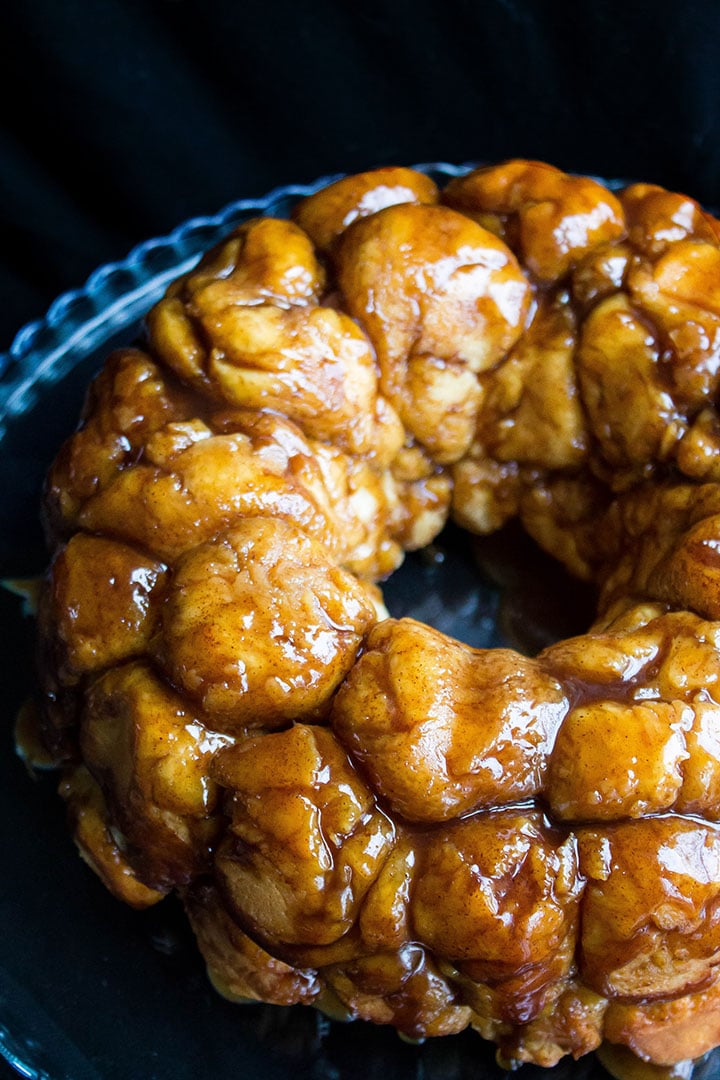 The secret to the recipe is using a microwave to rise the dough.

I made this for a friend’s birthday.  Her favorite thing in the world is sticky buns so I thought this would make the perfect birthday cake for her.  I made it and she picked it up to serve to her family after her birthday dinner.

Meanwhile, in my house when my six-year-old son finished his dinner he promptly asked for a piece of sticky bun cake for dessert.  Crap!  Cinnamon buns and sticky buns are also my son’s very favorite things in the world.  What was I thinking?  Why didn’t I make two?  When I explained that I made it for my friend’s birthday and not in honor of her birthday and that I already gave it to her, he broke out in tears, went to his room and hid under the covers in heartbreak!  Luckily, I was able to make another batch in less than an hour and made my son one happy boy!

You may have seen my recipe for Quick Rise Cinnamon Rolls where I use a microwave to rise the dough.  If so, you already know how I do it.  If you haven’t. here’s how.

NOTE: Before attempting this method, please see the baker’s tip at the bottom of this post for a microwave test.  I wouldn’t want you to ruin dough you spent a lot of time on in a microwave that won’t rise dough.

I made the dough as I always do, but instead of leaving the dough to rise in a warm place, I put it in a bowl, covered it in plastic wrap, and set it aside while I put a mug full of hot water in the microwave on high for 3 minutes (just to add some moisture to the oven).

This is what the dough looked like before I started. 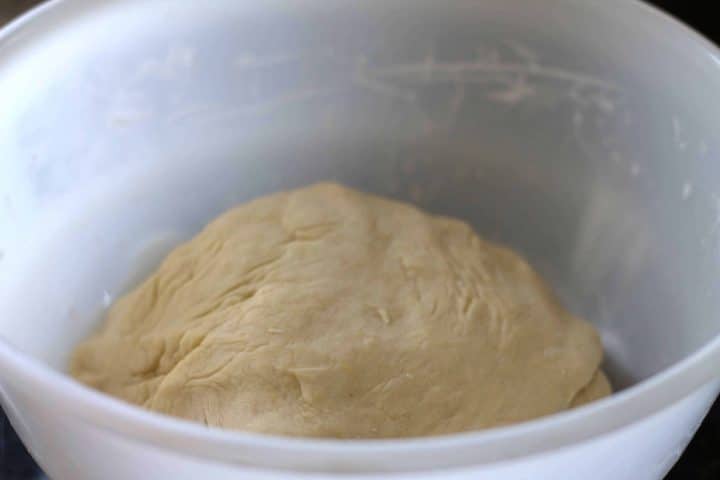 Then I put the microwave on the lowest possible setting (10% power) and put the bowl with the dough in it in for 3 minutes (this is a good time to start the sauce for the monkey bread).  After the 3 minutes, I left the dough to rest without touching it in the microwave for another 3 minutes.  This is what it looked like after that… 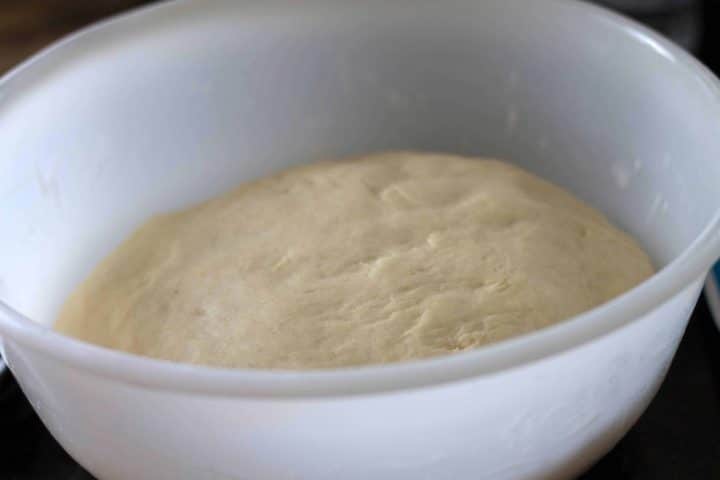 I was pretty impressed.

I then repeated the process, but this time I left the dough to rest for 5 minutes. and this is what it looked like after that… 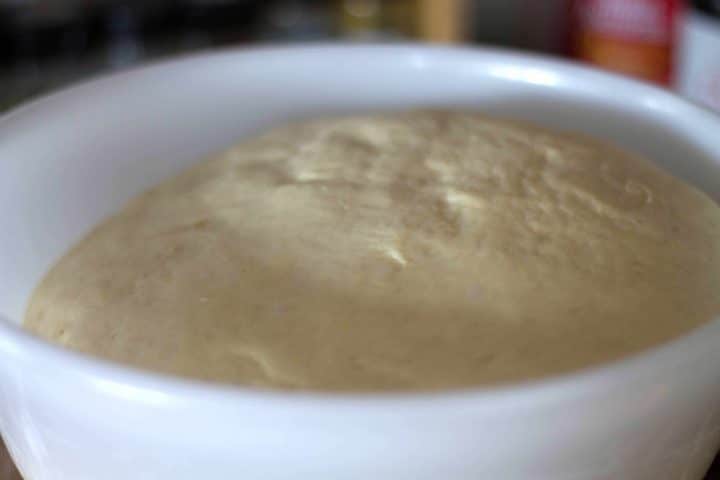 Next, punch down the dough.  I know after all the trouble of getting the dough to rise, this may seem absurd, but go ahead and punch it down.

Pour a little of the sauce into the bottom of a bundt pan.

Form dough into approximately 1 inch balls and layer to cover the bottom of the pan using ½ of the dough mixture. 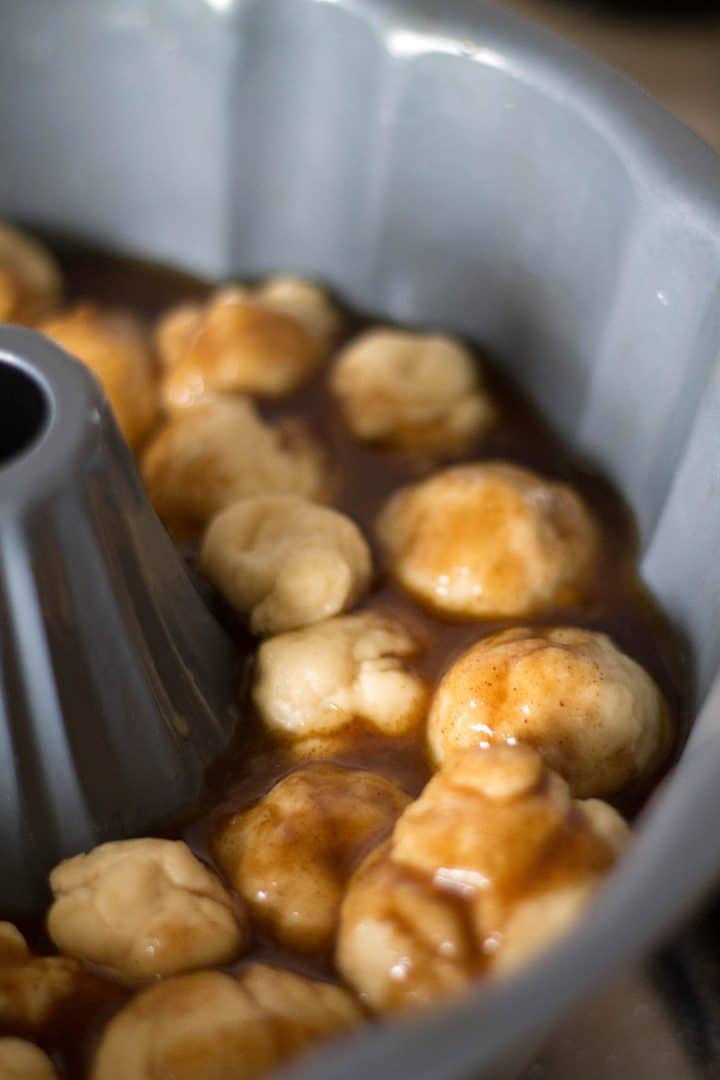 Place on a baking sheet to catch any overflow of topping and bake for 35 minutes or until golden brown. 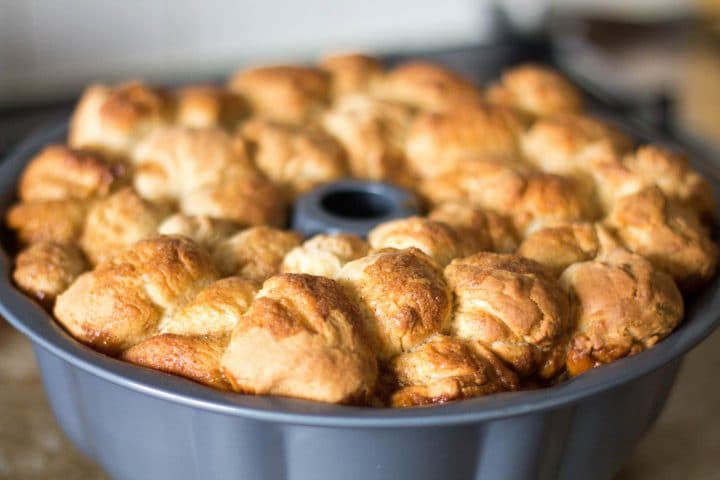 Remove from oven and wait 5 minutes to turn out onto a large plate and serve. 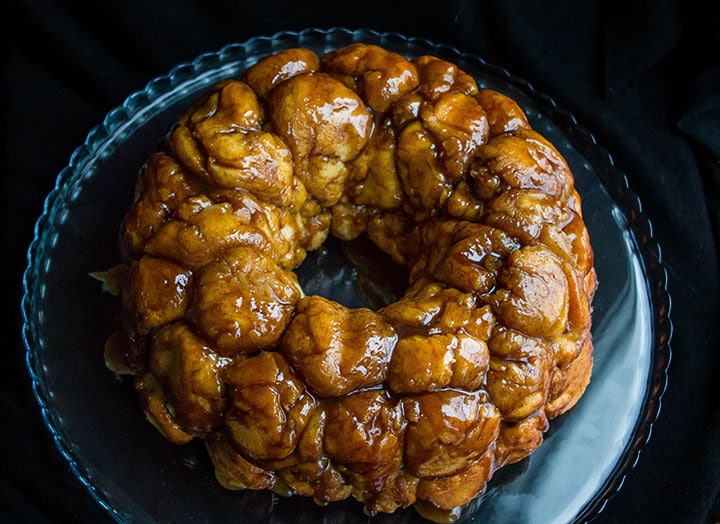 UPDATE NOTES: This recipe was originally published in April of 2015, but was republished with information on how to test your microwave before making the recipe.

NOTE: Before attempting this method, please see the baker’s tip at the bottom of the post for a microwave test.  I wouldn’t want you to ruin dough you spent a lot of time on in a microwave that won’t rise dough. If your microwave isn't suitable, you can always rise the dough the old fashioned way.

END_OF_DOCUMENT_TOKEN_TO_BE_REPLACED 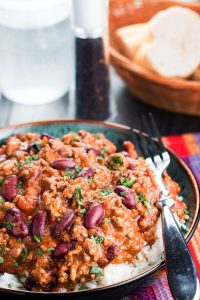 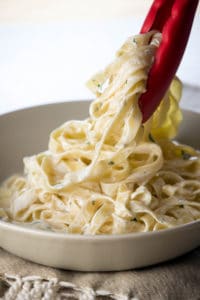 Grab a cup of coffee and visit while Erren shares stories from life outside the kitchen.
33.9Kshares