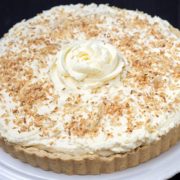 This recipe for Coconut Cream Pie makes a dazzling dessert filled with coconut custard and topped with homemade whipped cream and toasted coconut.  Once you try this American classic, it will soon become a family favorite. 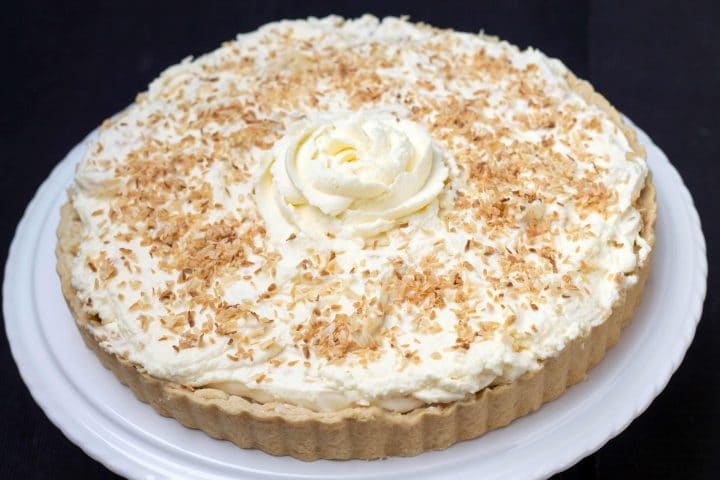 I’ll be honest, before creating this recipe, I never tried coconut cream pie.  I don’t know how I grew up in America and never once had this amazing dessert, but it’s the truth. I love coconut and have other great recipes, such as Coconut Lovers Dream Cake with Coconut Buttercream Frosting and Homemade Coconut Mounds Cups.

To make this coconut dream desert start with preparing the pie crust.  For more details on making your own, see my post on how to make pie crust.

Roll it out and place it in the pan for baking.  I used my own pie crust that I always have in the freezer, but if you’re short on time, you can always use store-bought.

I know I always preach about homemade being best and yes, it’s how I suggest making it, but I know it’s something that not everyone has time for and I know there are some pretty good brands out there so do whatever works for you.  I’ve included my pie crust recipe for those of you who want to give it a go. 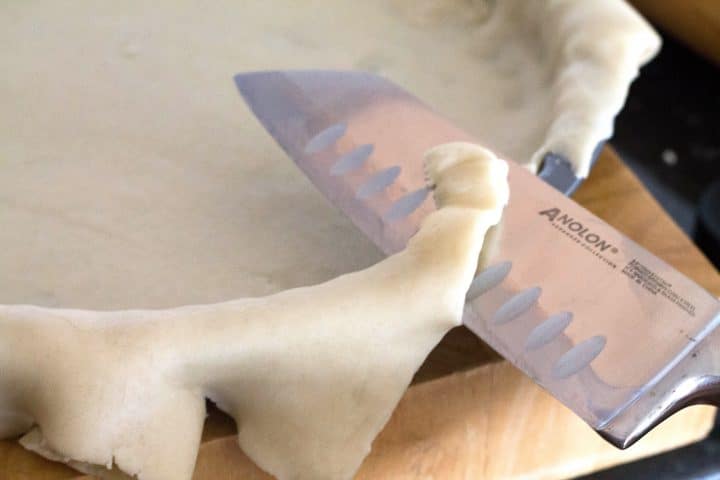 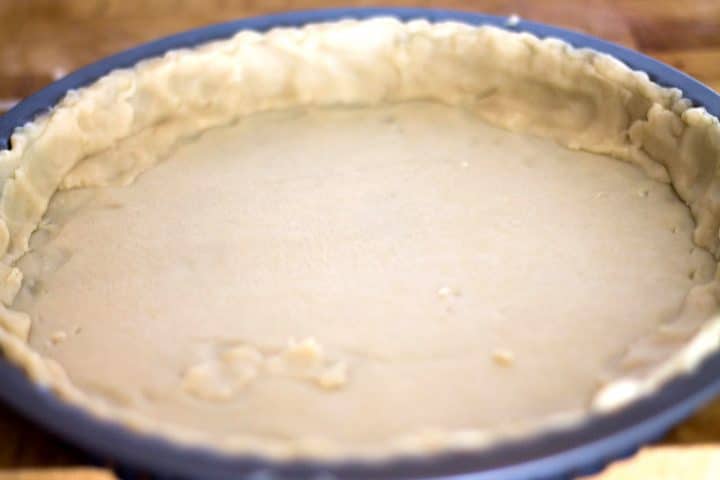 I started with blind baking the crust.  I don’t own pastry weights so I used some split peas to weigh it down.  There was a bit of shrinkage, but nothing that concerned me.  You’ll see from the photos I make my crust quite thin which makes it harder to handle without some tears, but I just patch the tears with extra dough and I also put a second later around the sides (which unfilled looks pretty  messy, but who’s going to see it (besides all of you)? Bake until golden brown. 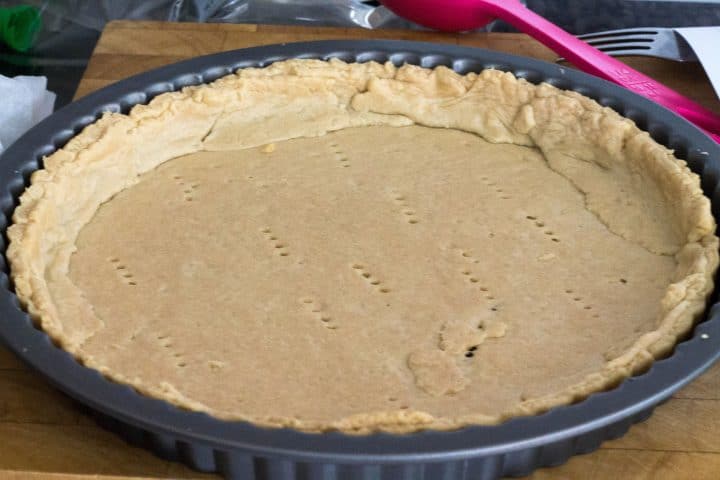 Next for the.  When I went to work with researching and creating my own version.  All of the recipes I came across used plain cream to make the custard.

Having never tried it before, I had nothing to base my recipe on besides my own personal taste and my gut said, plain cream just wouldn’t give it enough coconut flavor.  I mean that’s what I’d expect if I ordered it as a dessert, so I used coconut cream to make my custard.

If this makes it non-traditional, I apologize, but it’s what I thought created the best layers of flavor.  I also added the whipped cream in two layers.

Once the base is baked and cooled, I made the coconut custard.  I know most recipes call for cornstarch, but I didn’t have any and opted for flour.  If you get lumps, don’t worry you can strain it before adding the coconut.

I separated it into and mixed toasted coconut into the fist layer and topped it with plain whipped cream and sprinkled that with a good layer of toasted coconut.  The end result was smooth and creamy pie rich with coconut flavor.

Cover with plastic wrap to cool.  Be sure to make sure the plastic touches the filling to keep it from forming a skin. 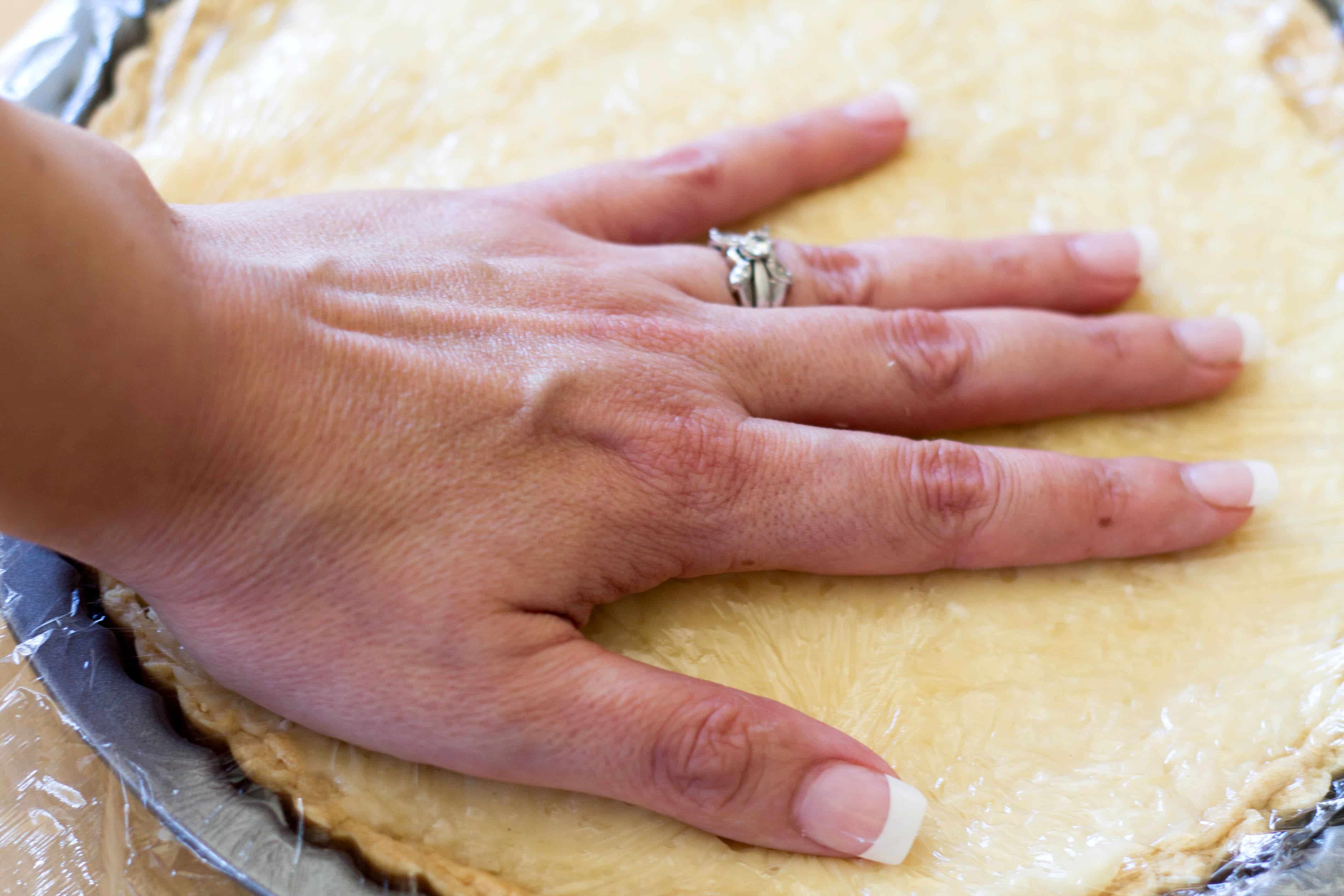 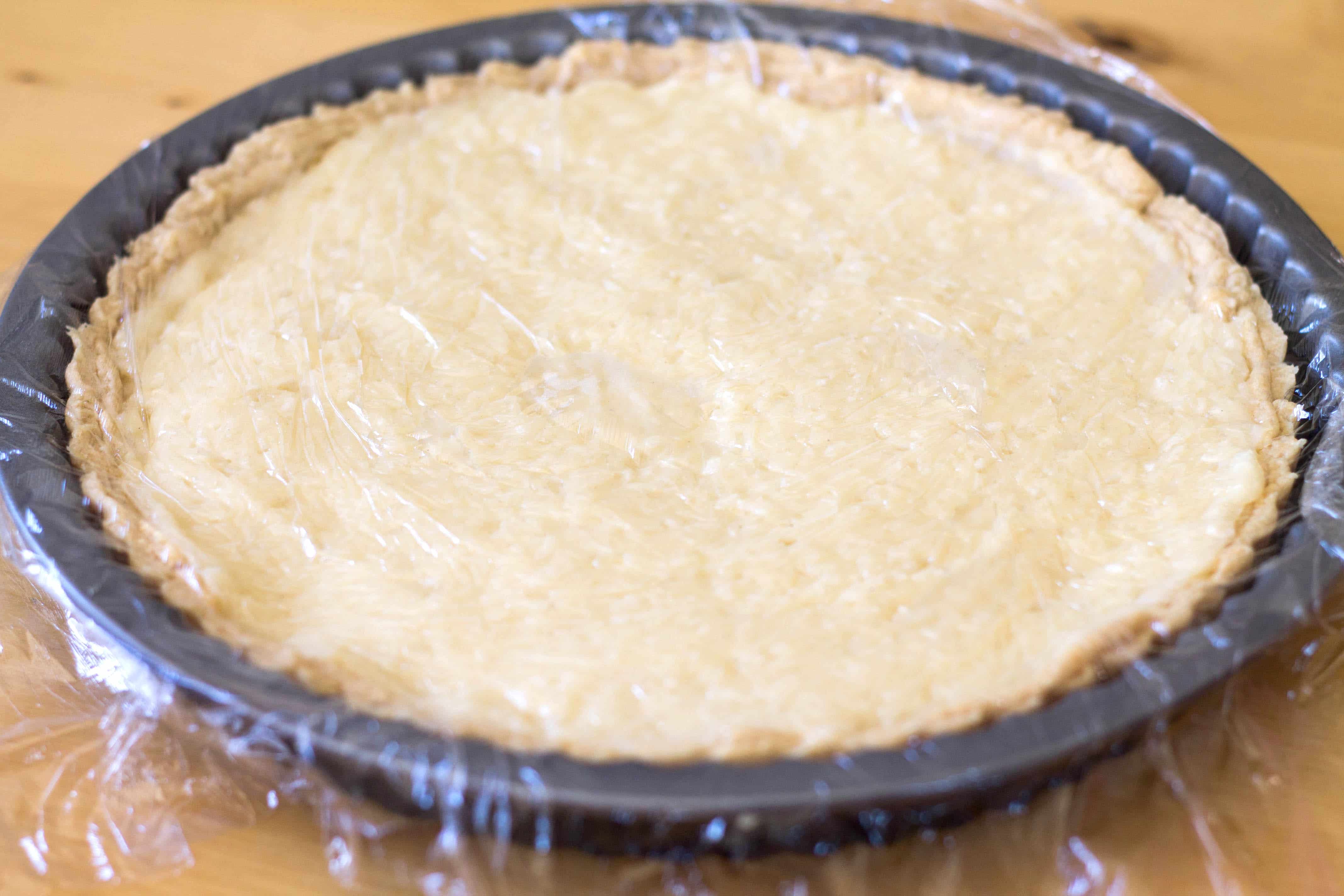 Once it’s cooled and set, you can add the topping. 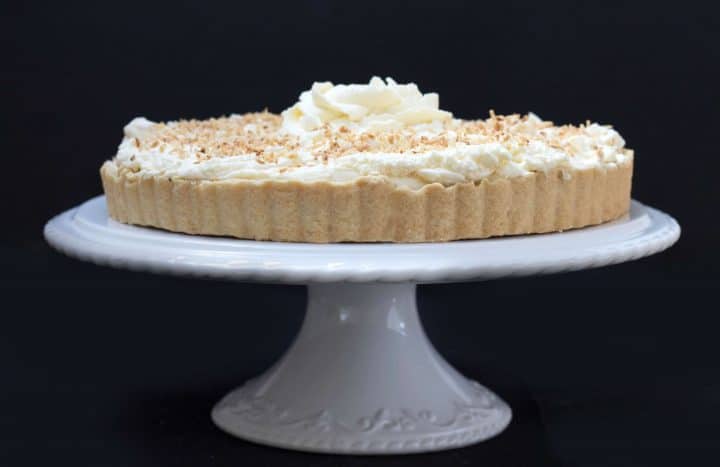 The layers of custard and cream with the coconut mixed in make one amazing dessert. 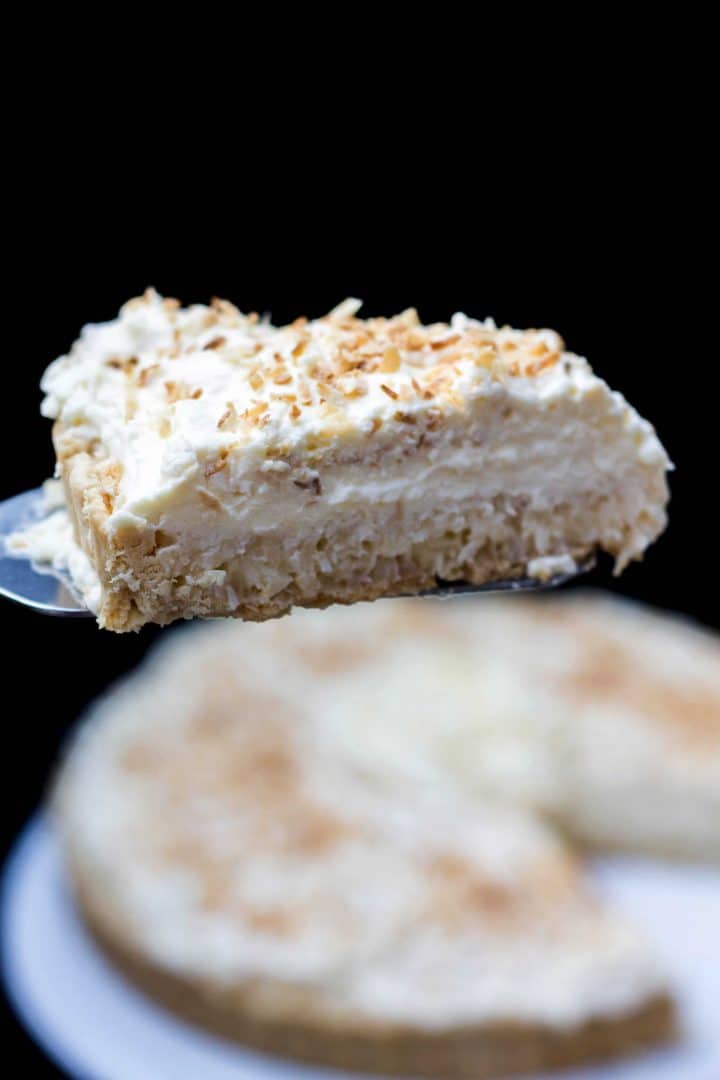 A delightfully indulgent dessert that you can make ahead - a perfect way to finish off a special meal
4.72 from 7 votes
Prep30 minutes
Cook45 minutes
Total1 hour 15 minutes
Serves: 12 slices
Print Rate Share

For the pie crust:

For the whipped cream:

For the whipped cream topping:

END_OF_DOCUMENT_TOKEN_TO_BE_REPLACED

Grab a cup of coffee and visit while Erren shares stories from life outside the kitchen.
12.2Kshares